Jean Piaget’s is Swiss-born psychologist who was the first to make a systematic study of the acquisition of understanding in children. He was Zoologist by profession, He was started working with Alfred Binet on Intelligence test and because of his interest, he also studied child development with a focus on cognitive development. Piaget is also known as radical Constructivist

Jean Piaget’s theory of Cognitive Development are divided into four Major stages are:

The main characteristic of this stage of development are:

Children also learn to work in a particular direction. Catching a particular thing which they are asked to catch, playing with puzzles and so on are common activities they learn to do. They move from simple to complex logical action and thinking. This goal-directed thinking helps them to progress to a higher level scheme to achieve a goal.

The Sensory Motor Stage is further divided into six sub-stages

There are six sub-stages of the first stage given by Piaget:

For example, they put things in their mouth and repeat the same action with many objects.

4.Coordination of Reactions (8—12 months): In this stage, children learn to make a difference between goal and means. They also develop ways to achieve their goals. They also try to generalise the learning and try to use it from one situation to another.

5. Tertiary Circular Reactions (12—18 months): This is a stage of trial and error. Children explore the things around them. They make mistakes and also tend to repeat these mistakes. This stage is very important as children learn to be confident in this particular stage. They repeat many actions because they want attention from their caregiver.

6.  Early Representational Thought (18—24 months): Children start focusing more on mental activities rather than physical actions and they start thinking about objects. At this age, they show the ability to recognise object permanence. They search for the toy even if it is not in their sight.

The Main Characterstics of the stage involves:

Some of the othe important characterstics are:

Ego-centrism is one of the main characteristics of pre-operational. Children focus on their perspective and feel that they are correct. They also believe that others also share the same perspective because they think that it is the only perspective which exists. But gradually they understand that there are many perspectives and Piaget called it ‘decentering: They start believing that they are not at the centre of everything.

Animism is also a characteristic of the pre-operational stage. It is a characteristic by which children believe that all objects or things are living and has some consciousness. An example of this is that children often believe that a table also feels pain if it is hit or kicked; a car does not get started because it is tired and so on. A child believes that everyone is like him or her.

Children also develop the ability to use symbols, language, pictures, signs or gestures to represent actions or objects mentally. Piaget called this semiotic function or symbolism. Along with this, their ideas of right and wrong are governed by the people around them.

They generally focus on one aspect at a time and cannot think of any Other possible situation. This is called moral realism. This moral realism makes them believe and respect rules and authority. children are not equipped for certain functions at this stage.

For example, they cannot do reversible thinking. While children can do simple logical operations, they face difficulty in understanding reverse counting, extended family relation tree and so on. Along with reversibility, they also face difficulty in the conservation of various concepts such as height and width. Conservation is a principle according to which some characteristics of an object remain the same despite the change in its appearance.

The main characteristic of Concerete Operational stage are:

However, there may be a few exceptions where some children continue to hold on to these fixations as do some people who carry them well into their adulthood. During the concrete operational stage, children gradually develop the ability to conserve or learn that objects are not always the way that they appear to be. They start taking many perspectives about concepts. They begin to develop the ability to Understand identity, compensation and reversibility.

Once children have learned to conserve, they also learn that objects remain the same even after changes in colours, etc.

For example, they learn that if they spread out the pencils on the floor, there are still as many as there were before, even though they look different!

Children learn many things in this stage concerning conservation such as classification, grouping objects into categories, seriation, arranging of objects in sequential order according to one aspect, such as size, weight or volume

The main Characterstics of formal operational stage are:

Children in this stage use the formal operations problem-solving strategy in which an individual begins by identifying all the factors that might affect a problem and then deduces systematically. Piaget called it hypothetico-deductive reasoning.

This stage permits adolescents to reason beyond a world, of concrete reality to a world of possibilities. Sometimes, they just live in a world of imaginations with no concern about the real world.

Piaget believes that children overcome egocentrism, but they still tend to believe that everyone shares similar thoughts, feeling and concerns. They wonder why people do not understand their need and perspective and therefore, they develop adolescent ego-centrism. They feel that everyone notice them, what they do, how they walk, how they talk and so on.

Piaget said, children, develop an imaginary audience and think they are being observed by people. They spend a long time in front of the mirror before they go out

Some of the Important concepts of Piaget’s theory

Some of the important factors that influence how children learn and grow:

Schema: Schema describes both the physical and actions involved in understanding and knowing. According to Piaget’s we have a system for organising information in our mind and we do organise information and experiences in our mental system under different categories. The Mental System and the categories are known as schema

Adaptation: According to Piaget how we adjust with the environment and called this process adaptation. Adaption has two  sub process these are:

Assimilation: The process of taking new information and fit the new knowledge or information into into the existing schema

Equilibration: The ongoing process through which a child tries to create a balance between Assimilation and Accommodation. This process is known as equilibration

In Conclusion, Piaget’s theory of cognitive development is one of the most important theories of child development. This theory helps the teacher to know the ability of children and their mental ability with the help of this theory teacher can develop effective curriculum and Methods of teaching according to their ability and interest. however, Many of the psychologists criticize Piaget’s cognitive development theory.

What are the 4 stages of cognitive development?

Why the Piaget’s theory of cognitive development is important?

Piaget’s theory gives us an idea how children gain knowledge and develop thinking process . We can prove suitable environment to draw out the maximum growth and development of children and it also helps for teacher to developed curriculum and methods of teaching according to their needs and ability.

More From: Child Development and Pedagogy 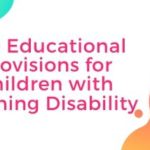 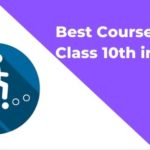