Communication is an active process by which individuals exchange information and convey ideas. Language, a set of codes adopted by a specific community, is the means by which an individual communicates his/her thoughts, ideas and/or feelings through vocal/ non-vocal modality. Communication impairment can occur when an individual lacks the ability to use language codes. There are many types of communication impairments; the most common among them in children is a condition known as ‘Autism’ or Autism Spectrum Disorder (ASD).

Autism is a disorder characterized by impairments in communication and social development. The condition is highly variable and may be accompanied by certain behavioural features as well as severe learning difficulties. The varied manifestations of this condition make assessment and intervention a challenging task for speech-language pathologists/therapists.

Autism and related disorders are a phenomenologically related set of neuropsychiatry disorders. These conditions are characterized by patterns of both delay and deviance in multiple facets of development. Although many explanations for the social, cognitive and linguistic symptoms of autism have been explored, the exact mechanism by which it operates is still not understood. Typically, however, the onset is in the first few months of life.

Also Read  The Educational Provisions for Children with Learning Disability

Majority of case studies have revealed that children with autism have

Language is a complex communication activity, which is used as a tool for expression of feelings and emotions. This social act of language requires coordinated functioning of many faculties including intelligence, thought, reasoning, neurological and motor skills. There is much impairment in language associa with the condition of autism. The most common among them are:

In conclusion, This is probably the unheard soliloquize of a special child with ‘Autism’. The child understands himself much better than anybody else so also the mother. Mothers of such children are often reported to have commented about their child being ‘special’, but are unable to convince the ‘society’ about his/her ‘special’ skills and finally end up with the Herculean task of seeing a metamorphosis in her child. Do we take pride in the child for whatever he/she is or are we prejudiced towards the ‘special’ child?? Time is ripe to introspect and understand ourselves so that we play a fair game with these children.

What are the 3 main characteristics of autism?

What is the main cause of autism?

The main cause of autism are
1.Genetic Mutation
2. Low Birth Weigh
3. Having an immediate family member with Autism

What is mild autism?

The Autism is a Developmental Disorder. The Symptoms ranges from Mild to Severe

What is the symbol for autism? 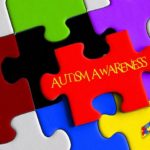