Morality can be developed either negatively or Positively, depending on how an individual accomplishes the task before him during each stage of moral development across his life span.

Example: If you break the traffic signal rules you get punishment

2. Moral Cooperation: If your intention is right you can break the rules

Example: If you break the traffic signal rules by allowing the ambulance to pass through.

3. Moral Dilemma: Confusion between the right and wrong

Example: You have an SSC, Bank and Teaching Exam on the same day you might have confused to choose the right one

4. Moral Reasoning: It is a thinking process involved in the judgement of question of right and wrong

Example: Vote for the right Politician is moral reasoning

What is the Heinz Dilemma?

Kolhberg always wanted how people decide what is right and what is wrong. In order to explore this area, he read a story containing a moral dilemma to the different age groups children is also known as Heinz Dilemma. In the Story, A person wife is suffering from disease, He is trying to obtain an expensive drug that his wife needs to treat disease. The man does not have enough money on his pocket to buy this drug to save his wife life. He begs the pharmacist to reduce the price, but pharmacist refuses. So, the man decided to break into the pharmacy to steal the drug. The Kohlberg ask the children to decide whether the man was right or wrong in his decision. Kohlberg was not interested in whether they said the man was right or wrong, he was interested in finding out how they arrived at such a decision. He wanted to know what they thought made something right or wrong

Stage-II: Individualism and exchange/TIT for TAT

The first level of morality, pre-conventional morality (most nine-years-old and younger, some over nine). At this stage, we do not have a personal code of morality. Instead, our moral code is shaped by the standards of adults and the consequences of following or breaking their rules.

At this level, authority is outside the individual and reasoning is based on the physical consequences of the action.

It can be further divided into two stages: obedience and punishment and Individualism and exchange

This stage includes the use of punishment so that the children refrains from doing the action and continues to obey the rules.

Example:  A fourth-grade child refrains from running in the hallway (Corridor) to avoid the consequences involved in breaking the school rules.

Stage-II: Individualism and exchange/TIT for TAT

In this stage, the person is said to judge the morality of an action based on how it satisfies the individual need of the doer.

Example: Elementary school children think, if you break my pencil I will your (Tit for Tat)

Or Sharing tiffin (Individualism and Exchange)

The second level of morality involves stage III and IV of moral development. At the conventional level, we begin to internalize the moral standard of value adult role models

In this stage, a person judges an action based on the societal roles and social expectation before him

For example, A child gives away her lunch to a street peasant because she thinks doing so means being nice or good

This stage includes respecting the authorities and following the rules, as well as doing a person’s duty. The society is the main consideration of a person at this stage.

The post-conventional morality includes stage 5 and 6. This is mainly concerned with the universal principles that relate to the action done. Individual judgement is based on self-chosen principle and moral reasoning is based on individual rights and justice.

In this stage, the person is looking at various opinions and values of different people before coming up with the decision on the morality of an action. In other sense, once people reach at stage five, they normally believe that society is a “contract” that they enter in order to benefit everyone, while also recognizing that different society has their different values.

All people work together for the betterment of society and change the unfair laws exist in Society.

Example: Democratic govt is theoretically based on stage five reasoning

Or It cannot be right that huge corporation sometimes pay no taxes; that law needs to be changed so that the burden of taxes falls more equally on everyone shoulder

The final stage or highest stage of moral reasoning is based on when a person considers universally accepted ethical principles. This judgement may become innate and may even violate the laws and rules as the person becomes attached to his principle of justice. In other sense, A person take risk of their own life for save others life.

Example: Army officer drag their life into an extreme risk to save others

Or In Madhya Pradesh, A police constable save 400 school children, A bomb was found in school at that time there was no bomb disposal squad at hand so, He ran for 1km with 10 kg bomb in his arms to save the children present in school

In Conclusion, Morality can be developed either negatively or positively depending on how people accomplish the task. Parents, School and society play a crucial role to develop the morality of children

“Being a good person is important in life, when you give good out into the world you will receive it back”

More From: Child Development and Pedagogy 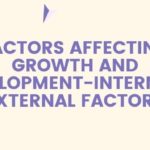