Teenagers/Adolescence is a transition period between childhood and adulthood. Any period of transition is like to be associated with a number of issues and problems.

Challenges for Teenagers or Common problem of Adolescence

Following are the different issues and problems of Adolescence or teenagers are :

1. Coping up with Stress: Teenagers or adolescence feel stressed when they feel like the demands or pressure on them are more than what they cope up with. They may feel under pressure, worried, tense, upset, sad and angry or maybe a mixture of uncomfortable feelings. Sometimes can get too much stress can even trigger a mental illness.

Some of the reasons to feel stress are-

2. Teenage social Problems: Teenagers or Adolescence is a period of “Stress and Storm” at this age they have lots of energy to explore new things. They face some common social problems are-

3. School or Study Problems: School constitutes a large part of an adolescent’s existence. Difficulties in almost any area of life often manifest as a school problem. Particularly school problems include

4. Body Image problem face by teenagers: Body image is how you view your physical self-including whether you feel you are attractive and whether others like your looks. For many peoples especially teenagers body image can be closely linked to self-esteem. Some of the body image problems faced by teenagers are-

5. Teenage problems with parents: There is a family conflict between teenagers and parents. Some of the common problems faced by teenagers are-

6. Teenage Pregnancy:  During the teenage age they develop secondary sexual organs that give rise to new feelings in teenagers and push them to experiment with their body. Some of the problems are-

7. Adolescent Behaviour Problem: Some of the common teenage behaviour problems are

8.Teenage Health issue: Teenagers are very vulnerable emotionally and physically. Without proper healthcare and nutrition are lead to falling ill. Some of the common teenager’s health problems are-

9. Teenage Emotional Problems: Hormones changes inside the body during adolescence affects physically as well as emotionally.

10. Teenage Anger Issue:  Teenagers is a challenging time for both them and their parents. At this stage, they are moody, reckless and unpredictable. Teenagers with a serious anger issue is consumed with anger they have very little control over their anger. One of the common triggers of severe anger in teens is

11. Gender-related problems in adolescence: Gender-related issues are more commonly seen in rural areas. Many health behaviours acquired during adolescence are influenced by gender norms and beliefs these impact both boys and girls.

Boys also have consequences such as engaging in higher rates of physical violence, higher risk of substance abuse and suicide, the greater number of deaths from unintentional injuries, and as adults, shorter life expectancies than women

12. Physical Changes: Physical changes happen during adolescence due to changes in hormone levels. Some of the common problems face by adolescence are-

Conclusion: We can conclude from above discussion, adolescence is a very tough time coping up with stress. Stanley Hall called this period “Stress and Storm”. The best way to help adolescence to get through the stage is to make them, aware of these hormonal changes. Enable them to stay healthy and fit through nutritious food and exercise. Teachers should use their excessive energy in educational and other creative activities. Lastly, the teachers and parents should gain trust from Adolescence 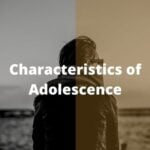 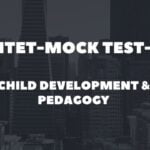