G. Stanley Hall was born in a small farming village in Massachusetts. He is known as the father of ‘adolescence’. He has produced over 400 book and articles and had become the first president of Clark university Massachusetts, His greatest achievement has been his research work on child Centered research education and adolescence to a society in transition. Hall was the first president of the American Psychological Association.

The term “Storm and Stress” was coined by G. Stanley Hall in his book ‘adolescence’ in 1904. Hall used this term because he viewed adolescence as a period of inevitable turmoil that takes place during the transition from childhood to adulthood. ‘Storm’ refers to the decrease level of self-control and ‘Stress’ refers to an increased level of sensitivity

The three key elements of ‘stress and storm’ theory are –

1. Conflict with parents and other authority figures

Adolescence tends to be rebellious and to resist adult authority figure as they seek great independence and authority. In particularly adolescence is a time when conflicts with parents are especially high

Hall viewed adolescence as a time when the wisdom and advice of parents and teacher are overtopped and in ruder nature may be met by blank contradiction. He viewed this as due not only to human evolutionary history but also to the incompatibility between adolescence need for independence and the fact that parents, teacher and other authority figures still think of adolescence as mere children and tighten the rein where they should loosen it.

Adolescence tends to be more volatile emotionally than either children or adults. They experience extreme mood and more swings of mood from one extreme to the other. They also experience more frequent episodes of depressed mood. Hall experience while working with teenagers report them to feel “self-conscious and ‘embarrassed more often than not as compared with other age groups. They were also more likely to feel awkward, lonely, nervous and ignored.

Hall believed and saw this increase in mood disruptions as due to cognitive and environmental factors as well as hormonal changes.

Hall also pointed out the variety of factors that have been found to make mood disruption in adolescence more likely, including low popularity with peers, poor school performance and family problems such as marital discord and parental divorce.

Unlike, conflicts with parents or mood disruptions, rates of risk behaviour peak in late adolescence/ emerging adulthood rather than early or middle adolescence. Rates of crime rise in the teens until peaking at age 18 then drops steeply rates of most types of substance use peak at about 20.

The main cause of taking risk behaviour including peer pressure, excessive energy leads to take any risk and in free time they are engaging in anti-social activities.

We can conclude from the above discussion, the adolescence is a period of “Storm and Stress” according to Stanley Hall. The main cause of storm and stress is due to biological changes during puberty. During the period of adolescence, they have excessive energy to do new task parents and teacher must understand the behaviour of children and must use their energy in various educational activities 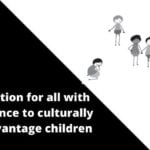