Adolescence is a transition period between childhood and adulthood. It is one of the most critical periods of development. Adolescence is a period of rapid growth and development concerning physical, mental, social, emotional, sexual etc.

The following characteristics of Adolescence are as follows-

Adolescence is an important period

Adolescence is a complex and often difficult period in development both for adolescence and for their families because of rapid physical change, psychological and cognitive changes and by an accelerating succession of urgent societal demands, adolescence faces formidable challenges in the essential task of deciding who they are, what they are going to be and how they are going get these. Thus, this is an important period of human life.

Adolescence is a transitional period

Adolescence is a period of transition and rapid change. Neither the person is called a child nor an adult because the individual has crossed childhood and yet to reach the stage of adulthood. Thus the status of the individual is vague and diffused and there is confusion about the roles he/she is going to play. Sometimes his innocent behaviour is either called ‘childish’ or ‘too big for his age.

Adolescence is a period of change

It is a general characteristic of the adolescence period. During this stage, there is a change in physical, psychological and sociological aspects of an individual along with values, attitudes, interest and behaviour. Thus consistency and inconsistency are found out in the life cycle.

Adolescence is a period of egocentric and problem age

The sudden and rapid change of physical and psychological aspects during this stage create a problem for the adolescent. Adolescence youth are interested to solve their problem independently and try to achieve independence from parents establishes, cooperative and workable relationship with peers and prepare for a meaningful vocation. But sometimes they cannot solve the problem, which itself creates a problem for them.

Adolescence is a time of the search for identity

Each of the periods has its problems that must be solved if the individual is to enter the next period without handicap. Adolescence is perhaps no more important stage of development than any others, but it is the last stage before adulthood and it, therefore, offer to both parents and teacher the last opportunity to educate a child for his adult responsibility.

During this period adolescence begin to search for their identity and try to develop individuality in their way which sometimes leads to an identity crisis in some adolescence.

Adolescence is a period of unrealism

During this period the aspirations, thoughts and achievement etc are more idealistic rather than realistic. The young boys and girls think the more unrealistic, false and illogical idea which sometimes hurt and disappoint them in life. It is found out that the false idealistic ideas disappear gradually and adolescence sees their life, family and friends more realistically.

Adolescence is a period of Hero-worship and sexual maturity

During this period the boys and girls consider themselves they are hero and heroine of the life cycle. They think that they can do and undo everything during their life span without understanding the reality of life. The above feelings take place due to sudden sexual development on the part of boys and girls.

Adolescence is a period of intensely emotional

During this period the youth often resulting in intense excitement and deep depression. Sometimes he/she may exhibit a ‘know-it-all’ attitude. Boys like to be thought big strong and healthy. Girls desire prettiness. In both the sexes, there is interest in an emphasis on physical attractiveness and good grooming.

Adolescence is a period of sexual delinquency

During this period sexual manifestation may cause self-consciousness and desire for other ties. It is a period of mutual liking, thus homosexual and heterosexual feelings create confusion among the adolescence.

Adolescence is a period of high moral values and sacrifice

During this period high moral values are seen. The adolescent youth like to serve in fairs, festivals, social gathering etc and sacrifice their conveniences for social service due to their high moral feelings. 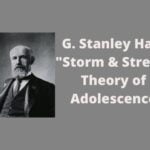