E.L Thorndike (1874-1949) was the chief exponent of the theory of Trial and Error. According to Thorndike the basis of learning is accepted in an association between the sense, impressions and impulses to action. This Association came to be known as a “bond” or a ‘Connection, Since it is these bonds or connections which become strengthened or weakened in the making and breaking of habits, Thorndike’s system is sometimes called a ‘bond’ psychology or simple ‘connectionism,. As it believes in stimulus and response type of learning it is also called S.R Psychology of learning. Thorndike called it learning by selecting and connecting. It is also known as Trial and Error theory as learning takes place through random repetitions

Once he locked a hungry cat in a puzzle box and showed a slice of meat outside. The ultimate aim of the hungry cat was to obtain the meat. The cat could come outside only when it opens the door by removing the latch, but it was unaware as to how to remove the latch. The cat did not know how to remove the latch at first but was involved in random activities like scratching the box, trying to bend the bars and stretching the feet outside. At last in its random activities, it lift up the latch and obtained the meat. He repeated the experiments and found that the cat released the latch itself easily. The realized association between lifting the latch and opening the door. The random activities are called errors. Finally, he concludes that the number of trials will reduce the wrong responses and finally correct response is found. Hence, the bond is established between stimulus and correct response through the elimination of wrong response.

Laws of Learning: Trial and Error

This law refers that learning takes place only when the learner is ready to learn. If a learner has to learn an action or activity he should be mentally and physically fit for the action he desired. His mental set should have the capacity to do the work. A two-year boy cannot be admitted to the school since he is not mature enough. A child of one year cannot speak since his vocal cords, the larynx is not grown enough. Hence,  Child interest and maturity is essential

This law states that learning takes place properly when it results in satisfaction and the learner drives pleasure out of it. In the situation when the child meets failure or is dissatisfied, the progress on the path of learning is blocked. All the pleasant experiences have lasting influences and are remembered for a long time, while the unpleasant ones are soon forgotten. Therefore, the satisfaction or dissatisfaction, pleasure or displeasure obtained as a result of some learning ensure the degree of effectiveness of that learning.

This law emphasizes the role of rewards and punishment in the process of learning. Geeting rewards as a result of some learning motivate and encourage the child to proceed on the same path with more intensity and enthusiasm while the punishment of any sort discourages him and create distaste and repulsion towards that learning.

This law states that “Practice makes a man perfect”. The bond of strength and response will get strengthened if it is repeated. This law of exercise  has been categorised into two  parts-law of use and law of disuse

Law of use: When a modifiable connection is made between a situation and responses that connection’s strength and things being equal, increase.

Law of Disuse: When a modifiable connection is not made between a situation and response, during a length of time, that connection decreased.

We can conclude from the above points, Thorndike’s theory and laws of learning have contributed a lot to educational theory and practice. It has made learning purposeful and goal-directed and has brought motivation to the forefront. It has also given impetus to the work of practice, drill and repetition and realized the psychological importance of rewards and praise in the process of teaching and learning. 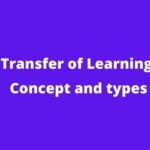 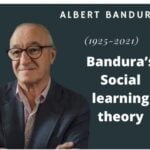