Microteaching skills is a technique in teacher training that gives teachers the opportunity to review their own performance and receive feedback on their ability and developing skills as a teacher.

There are four micro-teaching skills these are-

This skill includes probing into the pupil response by asking a number of questions about what they already know and leading them to correct responses or to remove any ambiguity or hindrance in their understanding which has led to such responses. Thus this skill involves going deep into a pupil’s response by asking a series of subsequent questions.

This skill involves the teacher using more and more positive reinforces and decreasing the use of negative reinforcers so that the pupil’s participation in the class is maximized.

Components of the skill: –

Generally, a teacher is said to explain when he is describing “how why and sometimes ‘what’ of a concept, phenomenon, event, action or condition

Components of the skill:

The skill of explaining involves increasing desirable behaviours mentioned below:

5. Skills of Illustrating with Examples

The skill of illustrating with samples involves describing an idea, concept or principle by using various types of examples. 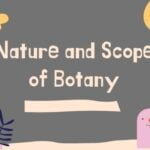