The relation between Philosophy and Science

Philosophy explains, examines and interprets the full meaning of scientific achievements with a view to solving the riddle of the universe as a whole for finding out the key to the ‘mystery’ to the universe.

Every science deals with a particular department of the universe. It has certain characteristics. They are:-

Both science and philosophy aim at reducing the complex fact into a simpler one and bringing the unknown within the known.

Philosophy begins with the conclusion of the various sciences adds to them the results of ethical religious and aesthetic experiences of mankind and reflecting upon the whole so that it can arrive at rational concepts of reality.

Philosophy also harmonizes the inherent truth of different sciences and reduce them to a system. In a time of ascertaining the truth of a proposition both science and philosophy take reason as the only yardstick.

Both science and philosophy aim at organising the synthesizing a harmonious relationship among them. Hence, Philosophy in a sense is the culmination and fulfilment of scientific endeavour.

But in spite of similarities, there are some differences between the two, they are:-

But in spite of these differences both science and philosophy are interdependent. Science supplies the data to philosophy for philosophical speculation.

Philosophy takes the results of various scientific investigations and goes beyond them and systematises them as a whole.

Science is isolated from one another unless they are co-ordinate and unified by philosophy. Hence philosophy without science is inadequate and science are incomplete. They are complementary.

Therefore, Weber has rightly concluded the relation between philosophy and science. ‘The sciences without philosophy are an aggregate without unity, a body without a soul, philosophy without sciences, is a soul without a body, different in nothing from poetry and its dream’. 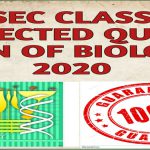 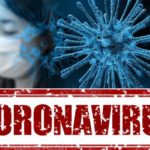