During the 15th and 16th century scientific researchers in the realm of science started the vogue of teaching science, in the 17th-century science was taught to children in place of mere theoretical and academic learning to achieve effective, complete and well adjustive living in the ever-changing circumstances and situations of society.

One to industrial Revolution of 18th century and under the impact of newer scientific inventions and researchers in technology, human life-changing to new patterns of beliefs and behaviours as individual and social beings.

The modern age is the age of science. Today Scientific inventions and researchers are being made with such a fast speed that their knowledge needs complete knowledge of science. Thus science has become an integral part of human life. All our means of communications, radio, television, food craters, cloths and medicines depends on the development of science

The term science has been derived from the Latin word “Scientia” which meaning knowledge. Science is viewed by laymen as a body of scientific information. It is a method by which hypotheses are tested. Science is a systematic storehouse of knowledge gained after generalizing and inter-relating the barrier of isolated facts.

Definition of science by different Individuals

According to Green-“ Science is a way of investigation”

According to John Woodbourn and E.O Obourn-“Science is the human endeavour that seeks to describe with ever-increasing accuracy, the events and circumstances that occur or exist within our natural environment

1. Science as body of knowledge

Various types of scientific knowledge exist in the form of

2. Science is a dynamic body, not static

Science is a dynamic body as it is always in search of truth and scientific truth can never be taken as absolutely and permanently true. Scientific information is constantly being re-arranged and re-oriented in the light of the latest developments.

3. Science is a process as well as product

Science as a process covers all the methods, all the ways facts are established. The process involves the following activities

In science, the ways of gathering data or information’s, thinking, measuring, solving problems or in other words ways of learning science are called “Process of Science”.

The process of science gives rise to a number of products of knowledge like facts, concepts, theories, laws and generalization. These products are of great utility to human beings. The relationship between various components of products are shown in the diagram

Although scientist rejects the idea of attaining absolute truth and accept some uncertainty as part of nature, most scientific knowledge is durable. Continuity and stability are as characteristics of science as change is and confidence is as prevalent as tentativeness.

5. Science is based on scientific methodology

The very nature of science involves a particularly methodical approach towards it. These methods are observation and enquiry.

6. Scientific knowledge is based on inquiry

The exchange of techniques, information and concepts goes on all the time among scientists and there is a common understanding among them about what constitutes an investigation that is scientifically valid.

7. Scientific knowledge based on evidence

The validity of scientific claims is settled by referring to the observation of phenomena. Hence, Scientists concentrate on getting “ Accurate data”, such evidence is obtained by observation and measurements taken in situations that range from natural settings to completely artificial ones.

8. Science is a blend of logic and imagination

Although all sorts of imagination and thought may be used in coming up with hypotheses and theories, sooner or later scientific arguments must conform to the principle of logical reasoning

It is not enough for a scientific theory to fit only the observations that are already known but theories also should fit additional observation that was not used in formulating the theories in the first place. i.e theories should have predictive power

10. Science is an enterprise

Science as an enterprise has individual, social and institutional dimensions. Other than that there are an infinite number of characteristics of science as 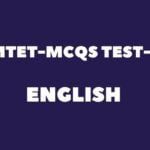