Adolescence is a transitional age of physical and psychological human development generally occurring during the period from puberty to legal adulthood.

The period of Adolescence is most closely associated with the teenage years, through its physical, psychological and cultural expression can begin earlier and later

Meaning and Definition of Adolescence

The term adolescence is derived from the Latin word “Adolescere” which means “to grow up”. It is a critical stage of development which lies between later childhood and maturity, emerging from childhood and merging into adulthood.

There are three main stages of adolescence are-

The various dimension of adolescence development are as follows-

Primary Sex organ: Development of primary sex organ in male include penis and testis and in female vagina and ovaries which are called primary sex characteristics

Secondary Sex organ: secondary sex characteristics include breast development in female and facial hairs or beard and growth of pubic hairs in both sexes.

The main features of mental development in adolescence are-

Adolescence at this stage is generally idealistic, desiring to make the world a better place and become socially useful. They are at times quick to see flaws in others but slow to acknowledge their facts owing to lack of experience adolescence are often impatient with a pace of change, underestimating the difficulties in making desired social changes

During adolescence friends become more important, acceptance and popularity among the peer are important to them. To gain acceptance, conformity to the current peer groups as a given priority. This is practised through certain behaviours such as slang language in speech or through an emphasis on changing appearance with new hairstyle and clothes. Adolescence is generally wanted their own identity at this stage

Adolescence also exhibits immature behaviour because their social skills frequently lag behind their mental and physical maturity, there is a strong desire in them for appreciation and recognition. 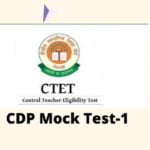 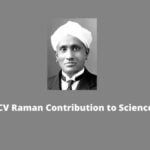